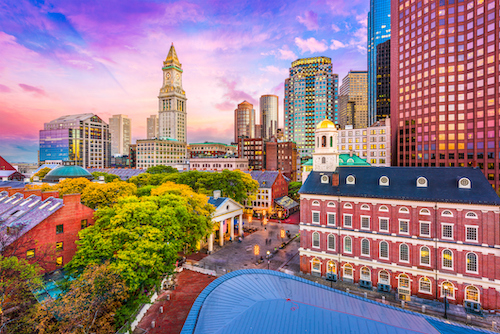 In the last few weeks, no U.S. city has shown a steeper decline in the percentage of buyers who’ve faced competition when bidding for a home than Boston.

It’s one more sign among many that buyers across the whole country in large and small markets may be getting back into the driver’s seat as the spring selling season gets going in earnest.

The number of days a home is on the market before going under contract is another indicator of competitiveness among home buyers, and the Redfin study showed that homes sold in February spent a median of 59 days on the market nationally, two days more than last year. This is the first time February showed an annual increase in days on the market since 2011.

Price growth slowed to 4.3 percent in January, according to the Case-Shiller home price index, signaling the 10th straight month of declines nationally. This among other factors such as low mortgage rates and higher inventory levels may leave home with a distinct advantage this spring.