Boston has been named the 7th most neighborly city in the U.S., according to a new report from Neighbor.com.

The city’s ranking of 4th in charitable giving and 3rd in nonprofits helped put it near the top of the list, according to the website that pairs clients with home service experts. “Boston is a newcomer on this year’s list as a city where people know the value of lending a hand to one another,” the website noted.

With a population 270,000 residents, Madison, Wisconsin, topped the list as the most neighborly city in America.

An absentee from last year’s list, Madison was awarded this accolade for leading the country in the number of nonprofits per 100,000 residents. It also boasts a low crime rate, giving residents there a sense of security.

Rounding out the list at No. 25 is San Francisco. The Golden Gate City ranks 5th in the nation for nonprofits.

Respondents, meanwhile, determined that neighborliness includes: doing at least one favor per year for their neighbor and spending time with them a few times a year. In In the wake of COVID-19, more than 40% of those surveyed say they are more likely to start relationships with those who live nearby, so they can look out for one another. 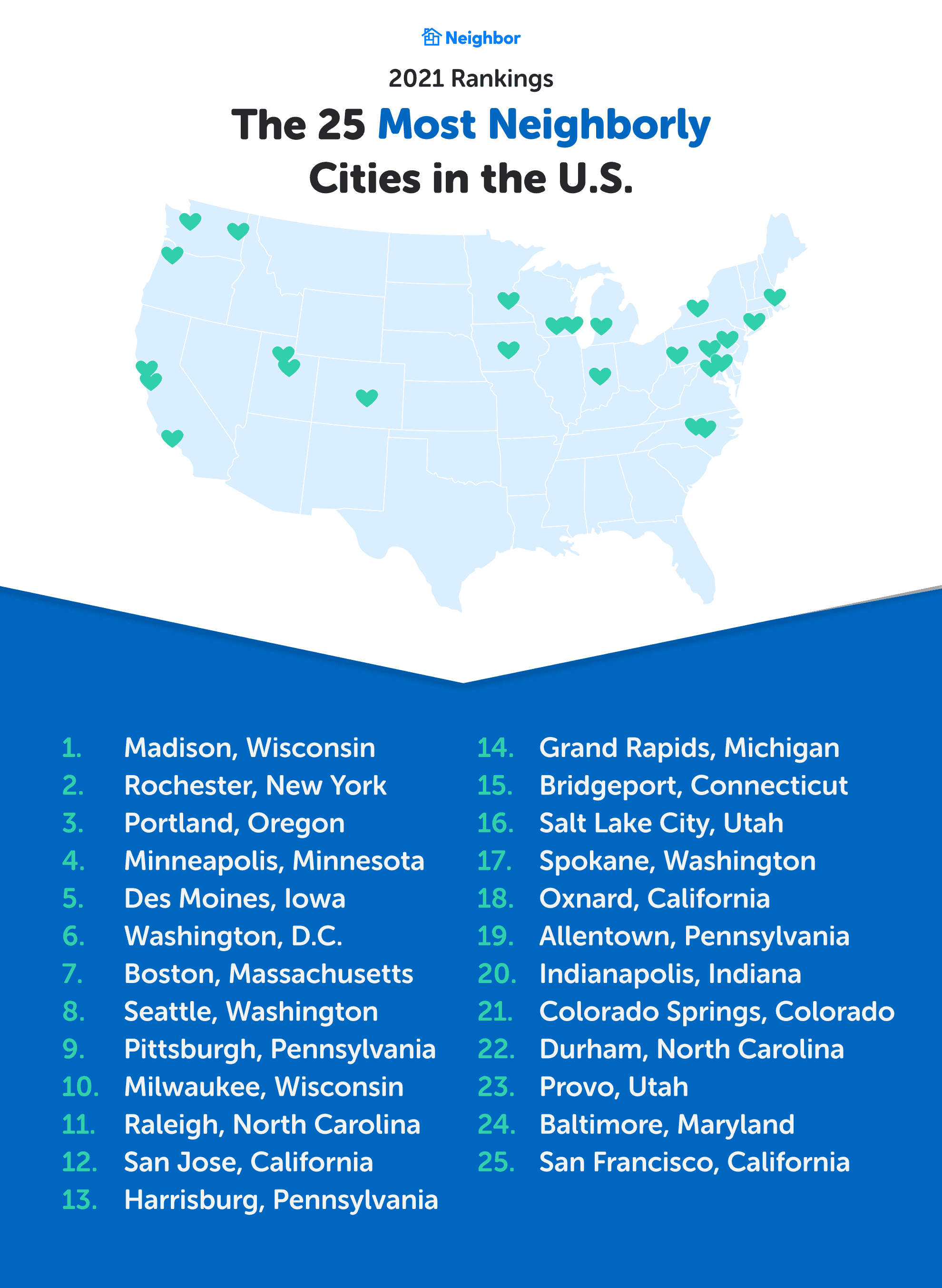