The median rent for a one-bedroom apartment in Massachusetts was $1,730 at the end of 2020, and rents dropped in 17 of the 24 Boston metro cities over the last 12 months, according to a new report from Zumper.

Brookline and Cambridge topped the list as most expensive at $2,200 a month. Boston had the second highest median rent at $2,150, and Beverly came in third at $1,950. 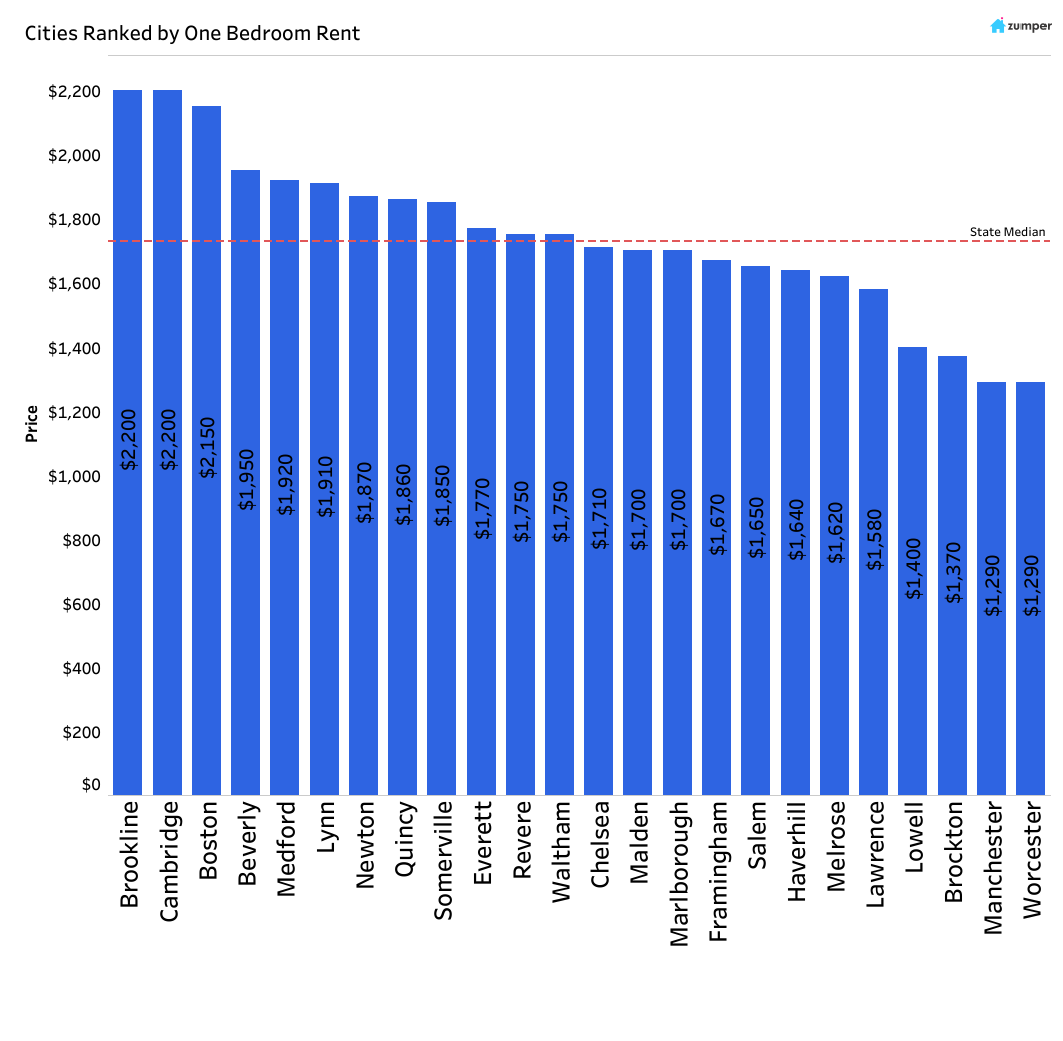 Cambridge saw the biggest decline in median rent over the year, dropping 20%. That’s followed by Everett, which declined 18.4%, and Waltham at 17.5%.

Worcester and Manchester tied as least expensive at $1,290.

Of the seven cities that experienced rent increases, Brockton and Lynn stood out as having the two most substantial increases at 19% and 15%, respectively. 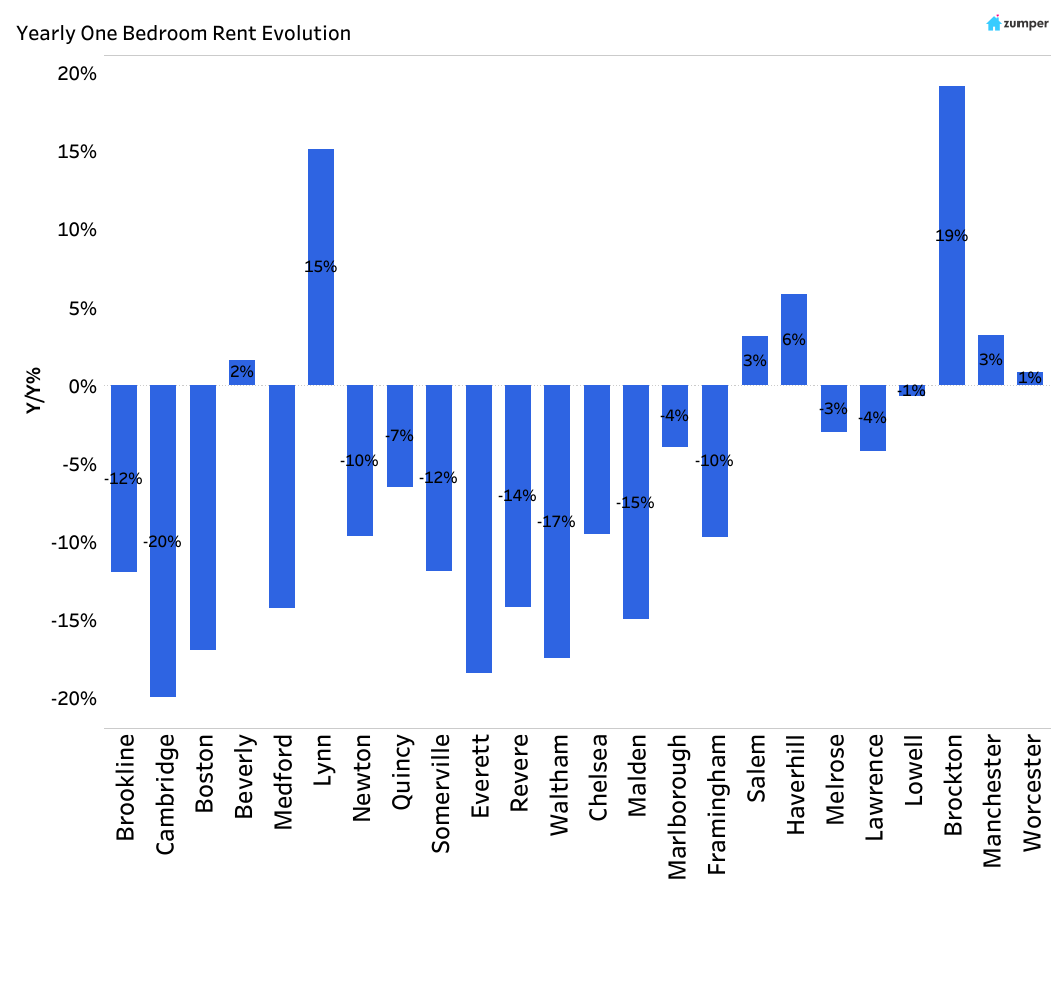 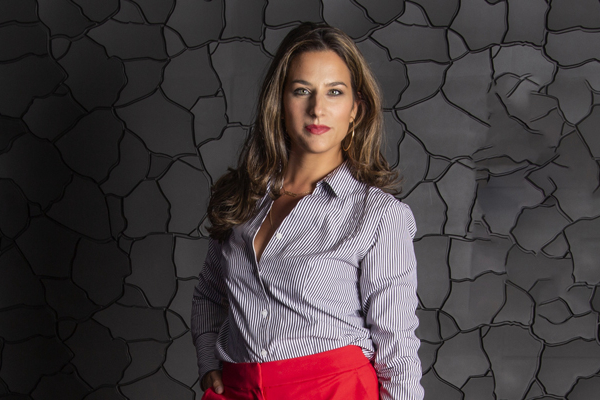