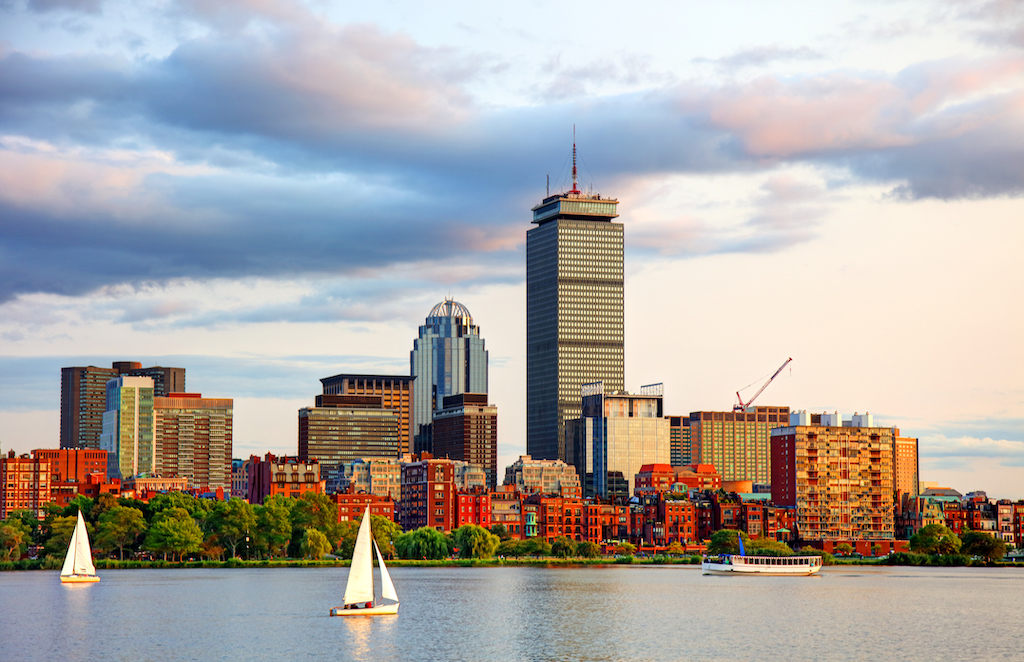 Boston Mayor Marty Walsh has set an ambitious goal of adding 69,000 new units of housing between 2015 and 2030. Based on recent construction permit data, the city may already be on pace to make that happen. But as several other American cities are finding, even if bold targets can be met, there still may not be enough homes for a still-expanding workforce, a complex consequence of a strong economy.

Like much of the rest of the nation, according to an analysis of single-family and multifamily permitting activity analyzed by Apartment List, the Boston metro was adding new housing at an impressive rate before the recession. What’s unique about the city, though, is that it is now meeting or exceeding its pre-recession permitting rates. The Boston metro has approved about 15,000 new units of housing each year since 2015, up from a recession-era low of less than 6,000 in 2009.

Also like much of the country, Boston’s newly-approved housing stock is mostly multifamily properties. Issuance of multifamily building permits returned to its nationwide pre-recession rate as early as 2015, while single-family permit rates are still about 38 percent short. And even a preference for density has not been enough to keep pace with Boston’s impressive economic growth. Since 2008, according to Apartment List, the Boston metro has added approximately 2.5 jobs for every one new housing unit, which the site’s economist said isn’t sustainable.

Only New York City and San Francisco have seen a greater disparity between new jobs and new homes. Each of these high-growth metros have attempted to react to the housing supply shortage by building more multifamily homes. Perplexingly, in other U.S. cities, the issue is different. Salviati noted that several Sun Belt metros like Atlanta, Phoenix and Dallas “are thriving economically and building sufficient new housing to keep pace with job growth.” However, in these cities, single-family housing and suburban sprawl dominates and land is easier to come by for developers. This tends to be unsustainable environmentally as well as economically in some cases, as homeowners must also manage the expense of at least one vehicle to commute to work.

What will it take to solve this complicated problem that much of America seems to face? Salviati of Apartment List pointed out that in Boston and the rest of the U.S., there may be a “missing middle” of the housing market that developers could focus on more. Nationwide, only 3 percent of permits approved in 2018 were for two- to four-unit multifamily properties including townhomes, accessory dwelling units and low-rise apartment buildings.

“This type of housing… can play an important role in increasing density and creating walkable neighborhoods, without impacting neighborhood character in the same way as mid- and high-rise apartment buildings,” Salviati wrote. 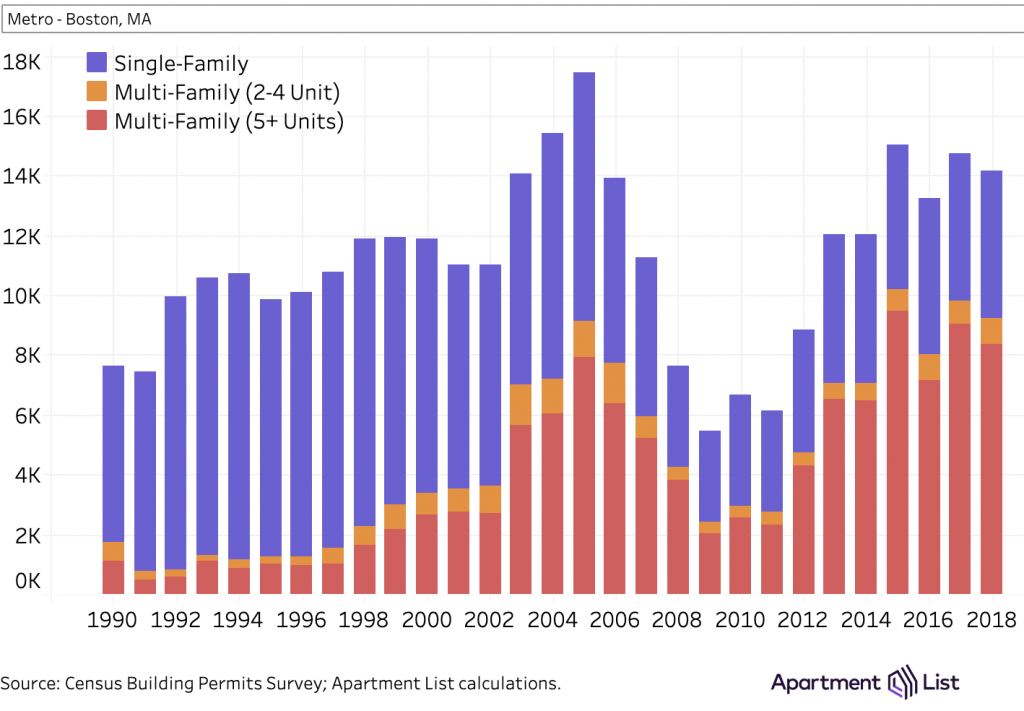