3 indicators leading you into the summer market 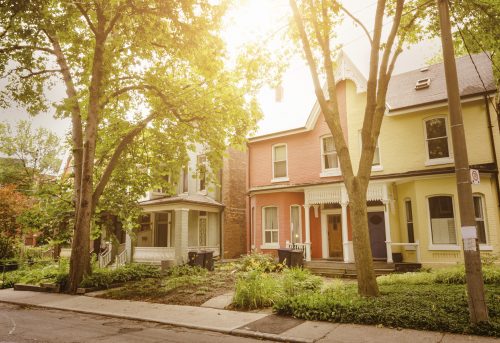 It’s clear we’re in a transitional real estate market at the moment, but the destination isn’t quite as obvious. While this year has been notoriously difficult to predict in terms of home sales, there are three indicators that can point to the future of your business in a pretty reliable way: pending home sales, new-construction activity and listing traffic.

Sales in the pipeline 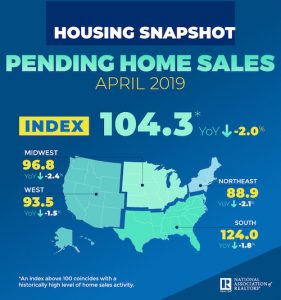 Today, the National Association of Realtors released their latest report on contract signings, which revealed a slight decline. The forward-looking Pending Home Sales Index fell 1.5 percent over the month of April. Compared to this time last year, contract signings were down 2 percent, which NAR noted made this the 16th straight month of annual decreases.

Even though pending home sales are a leading indicator for the market overall, NAR Chief Economist Lawrence Yun noted that there are other, more recent factors that may bode for a better summer than the numbers indicate.

“Though the latest monthly figure shows a mild decline in contract signings, mortgage applications and consumer confidence have been steadily rising,” he said in a release accompanying today’s report. “It’s inevitable for sales to turn higher in a few months.”

Builders squeezed out beyond the ‘burbs

In a market ruled by inventory levels, new-home construction is also an important leading indicator. And an interesting trend emerged from the National Association of Home Builders’ quarterly Home Building Geography Index this month. In the first quarter of 2019, the only geographic type that registered any growth in single-family permits issued was the exurbs. Such areas are generally defined as farther-flung suburbs that attract wealthy families.

Outlying counties in large metro areas (defined as having more than 1 million in population) accounted for 9 percent of single-family construction for the first quarter of 2019. In that time period, the growth rate in those areas was 6.1 percent, with a 1.6 percent year-over-year increase. Homebuilders cited construction costs as the primary reason for this finding.

“Housing affordability is a root cause of soft single-family permit issuance nationwide,” said NAHB Chairman Greg Ugalde. “A shortage of buildable and affordable lots is forcing builders to increasingly look further outside of suburban and metropolitan areas to find cheaper land that provides more building opportunities.”

NAHB Chief Economist Robert Dietz agreed, noting that because suburbs and smaller cities are seeing rapid price increases, exurbs are winning the building war. “Housing costs are increasing fastest in large metro suburban counties and smaller metro areas with populations under 1 million where demand for housing is high but supply constraints are tight,” he said. “Supply-side issues that are hurting affordability and raising costs for builders include excessive regulations, labor shortages, rising material costs and a dearth of buildable lots in mid- to high-population centers.”

A final leading indicator to watch on the residential front is the volume of buyers who are out looking at houses. ShowingTime, a Chicago-based showing software and market statistics service provider for the residential market, puts together a monthly index measuring this activity, and the April data is not all that positive. In fact, the index showed the ninth straight month of decline in showing activity nationwide.

Of course, this doesn’t measure all the showing activity out there. The company bases its reports on a representative sample of more than 100,000 listings from 25 local markets across the United States, focusing on properties listed by agents subscribing to ShowingTime’s software. Though another commonly cited report measuring this activity from Sentrilock hasn’t come out for April yet, their March foot traffic report also recorded a slight decline.

Still, with the competitive year 2018 turned out to be for those on the house hunt, it’s likely many buyers’ agents bringing clients out to listing appointments are thankful for the increased breathing room.

Asking prices reach an all-time high as the market cools