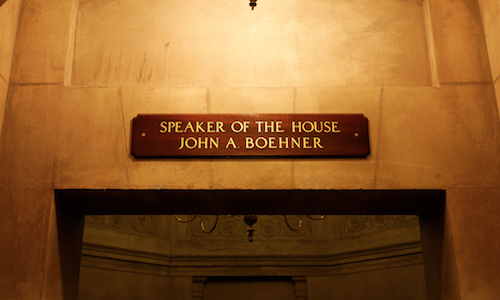 As the era of House Speaker John Boehner (R-Ohio, 8th) comes to a close, we’re looking back on the legacy of the chamber’s 61st speaker and the Ohio native’s history with housing policy.

As minority leader in April 2008, when the housing market was a central topic of discussion in several top-level Republican circles – where Boehner was often a fixture – the future speaker co-sponsored the Homeownership Protection and Housing Market Stabilization Act along with 59 other representatives. The bill, which promised to stimulate the housing market, was introduced by GOP House members Spencer Bachus, Shelley Moore Capito and Judy Biggert and ultimately died in Congress.

Boehner offered a select number of statements on the crumbling housing market later in 2008, including one criticism of the then Democratic-run Congress, in which he described the Democrats’ housing bills as a forced “$300 billion bailout of scam artists and speculators.”

He went on to urge Republicans and Democrats to work together, but not before again knocking Democrats for aiding “scam artists, speculators and trial lawyers” in what he described as an attempt “fleece the system.”