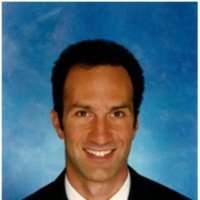 Every week, we ask a real estate professional for their Short List, a collection of tips and recommendations on an essential topic in real estate. This week, we talked with John Agostinelli, the owner of Agostinelli LLC and World Properties International, for his tips on understanding today’s financing landscape.

As a real estate agent you are expected to be an expert in all aspects of real estate. Although that is a near-impossible expectation, you should, at the very least, have a good understanding of where the real estate market stands today, especially as it pertains to home finance.

So with that in mind, here are six key themes you should be aware of in today’s home finance landscape:

6. Let’s begin with a quick explanation of how we got here. For the past 50 years, housing policy has relied on looser underwriting standards in an effort to increase homeownership and help the economy. Much of that lending has been targeted to low- and moderate-income homebuyers in an attempt to build wealth for these households.

That agenda has pushed a reliance on high leverage, long amortization schedules (30-year loan terms), low down payments and high debt to income (DTI) ratios. In addition, these loans are often made to borrowers with impaired credit. That approach may have increased homeownership rates in the short term, but many homeowners could not handle their payments, and we are now seeing homeownership rates that are returning to a modern era trend-line in the low-60-percent range. The push towards homeownership has neither increased the rates over the long haul, nor has it reliably created wealth.

5. After this push failed and the great recession took hold, lawmakers Barney Frank and Chris Dodd championed new legislation, called the Dodd-Frank Act (DFA), to prevent another financial debacle. The DFA greatly expands oversight and regulation of the financial institutions not seen since the Great Depression, and includes three criteria for housing finance reform: first, a high quality mortgage— called the Qualified Residential Mortgage (QRM)—that would have a minimal incidence of default; second, a set of minimum mortgage standards called the Qualified Mortgage (QM); and third, a requirement that the securitizer of any mortgage not a QRM retain at least 5 percent of the risk of any mortgage pool it sponsors. Unfortunately, politicians exerted their influence in defining QRM, which has resulted in a watered down version that only meets the minimum requirements of QM; in other words, the lending standards are looser and less safe than originally intended.

4. NAR and the general media have reported that the mortgage market is tight, and the Federal Reserve Chair, Janet Yellen, has stated that only people with pristine credit can get financing; neither statements are accurate. According to the American Enterprise Institute, there has been little discernible volume impact from the Qualified Mortgage regulation. Over the past three months, the DTI ratios are high, and a significant number of them were greater than 43 percent. Currently, the number of Fannie and Freddie loans that have total DTIs greater than 38 percent is more than double what they were in 1990. The Federal Housing Administration (FHA) has a sizable share of loans with DTIs over 50 percent, which is an extremely high pre-tax payment burden. That makes it difficult to pay income tax, commuting expenses, living expenses and food with what is left.

The VA’s residual-income underwriting is the key to limiting defaults, and it’s unfortunate that Fannie Mae, Freddie Mac and the FHA do not look at this less risky method of analyzing ability to repay. The softness in mortgage lending is not due to tight standards, but to reduced affordability, loan put-back risk (part of DFA) and the sluggish economic recovery. The truth of the matter is that this recovery has had limited gains in income, and with an unequal distribution.

3. It appears that our memories are short, and the financial lessons learned from the recent financial debacle are fading with the GSEs officially re-entering into the 97 percent LTV market. Currently, more than half of all purchase loans have a down payment of 5 percent or less. Under the original QRM proposed standards, borrowers would have been required to put 20 percent down. However, as noted above, that proposed standard disappeared under political pressure, as politicians and the real estate industrial complex have continued to push for looser lending standards – which, with an expanding credit box, will result in higher defaults.

2. Even if a buyer can obtain financing, you may want to advise them to examine their true ability to repay, and suggest that they may want to leave enough money to contribute to retirement plans and saving for their children’s education. Just because a lender will lend, does not mean that it is in the best long-term interest of the buyer. As a matter of fact, higher debt to income (DTI) ratios limit participation in defined contribution retirement plans such as 401(k)s, most of which come with employer matching contributions.

Furthermore, having a high DTI often leads to insufficient income to meet the requirements of the mortgage, living costs and saving for the future. A 401(K) plan can be a reliable and attractive means for private wealth accumulation, particularly for the very groups that were the target of the increase in homeownership. Keeping the DTI to more affordable levels will allow for the unexpected household expenses that we all experience, and make it more likely to weather other financial upsets (such as losing a job).

1. Interest rates are worth watching. Newer agents often do not understand that, historically, more typical interest rates have been in the 7-8 percent range, and that we are still near historic lows. This is not likely to last too much longer. Because the Federal Reserve expanded the money supply to unprecedented levels, it will likely result in inflation sometime in near the future. Once inflation starts, interest rates, including mortgages, will quickly follow. As mortgage rates rise, it will have an adverse effect on purchasing power, and will apply downward pressure on pricing.

Share your knowledge with your clients – it will likely be in their best interest, and will allow for a long-term, sustainable growth in housing, rather than the up and down cycles that cause so much turmoil in the markets.

John Agostinelli is the owner of Agostinelli LLC and World Properties International, which offers real estate brokerage and investing consultation services to select investor groups and individuals.  He is the co-author of a soon to be released book (in early 2015) that covers the ill-fated government policies that affected the financial and real estate markets, which were designed more for social purposes and political gain than economic growth and sustainability.

Additionally, John worked in the banking industry, including five years at the FDIC in the Bank Investigations and Foreclosure Units.  He also served on the Broker Advisory Council for Lender Processing Services (formerly known as Fidelity National Financial), which was the largest default service provider in the Nation; only 12 of more than 6,000 preferred real estate broker/agents were selected to serve on the council.