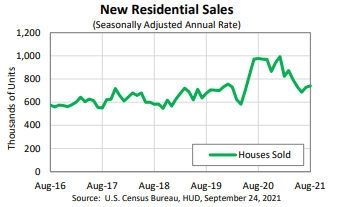 New-home sales rose 1.2% on a monthly basis in August to a seasonally adjusted, annual rate of 740,000, while the median sales price was roughly flat at $390,900, the U.S. Census Bureau and the Department of Housing and Urban Development reported.

On a year-over-year basis, new-home sales were down 24.3%, according to a press release.

The seasonally adjusted estimate of new houses for sale at the end of August was 378,000, representing a supply of 6.1 months at the current sales rate. 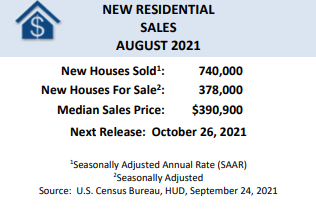 Kushi noted that by stage of construction, the share of completed homes sold was at its lowest point since 2005 in August, thanks to supply-chain disruptions, rising materials costs, delays and shortages of lots and labor.