Here is a graphical breakdown from the NAHB on subcontractor use: 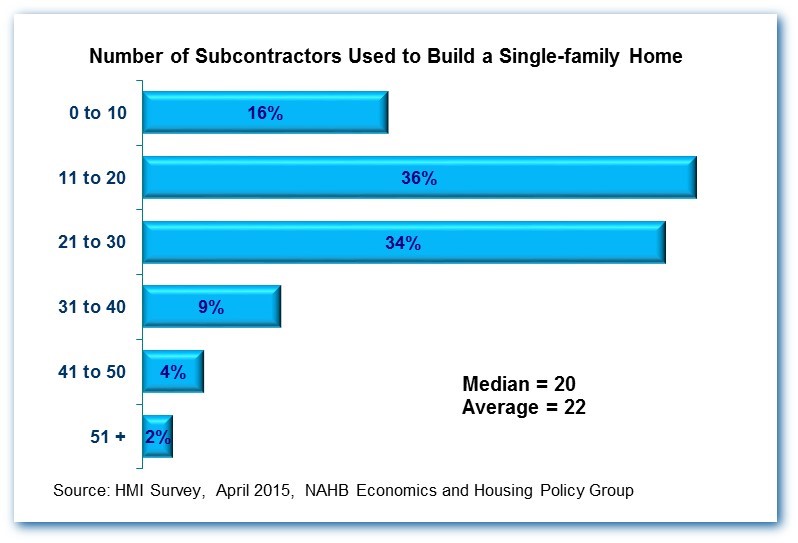 Data for the study came from the April 2015 survey for the NAHB/ Wells Fargo Housing Market Index, in which a set of special questions were added to contribute data for this study.

These questions asked how often builders subcontracted 23 different jobs. In every scenario, at least two-thirds of the builders said that they would subcontract the job.

The job with the lowest number of builders who would subcontract was finished carpentry, with 68 percent of builders saying that they would always subcontract that particular task.

On the high end of the spectrum, over 90 percent of builders said that they always would subcontract jobs like concrete flatwork, masonry, foundations, HVAC and security systems. 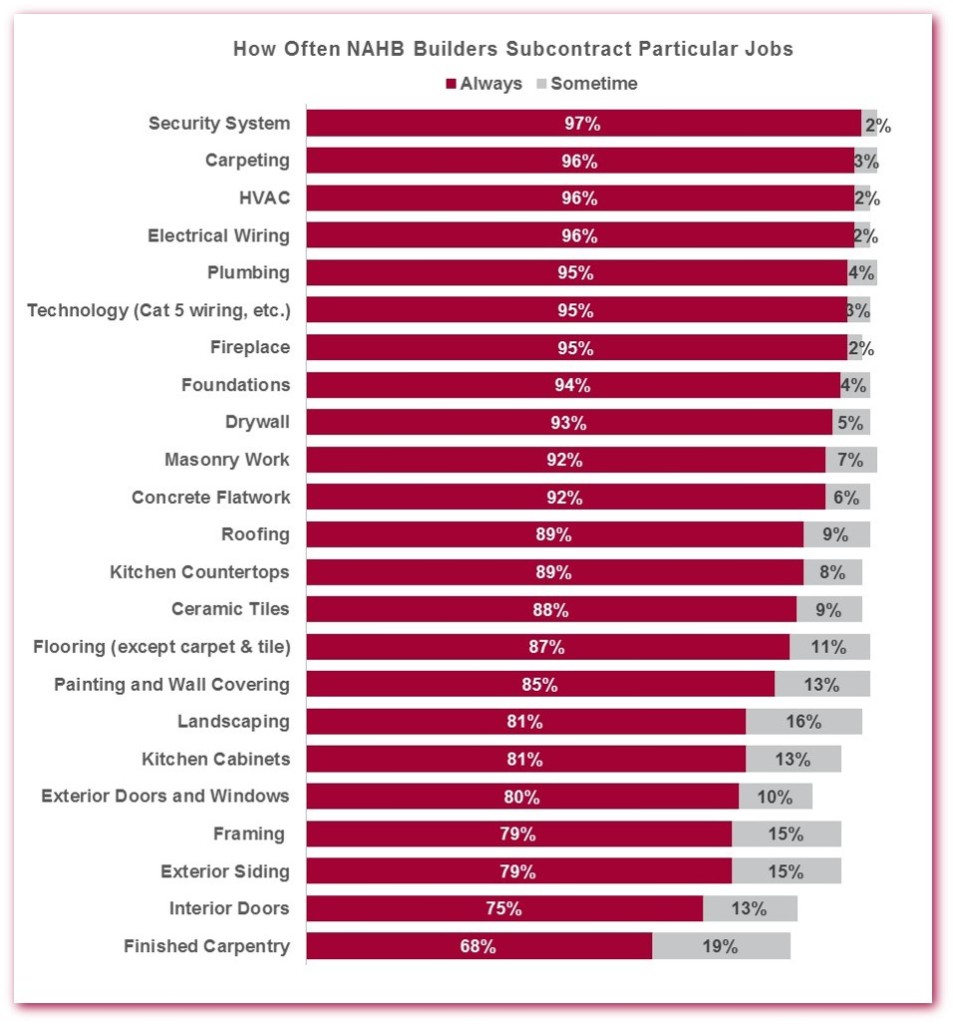