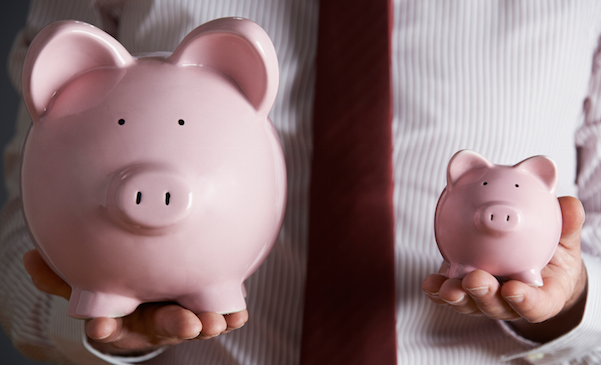 During the economic downturn, the real estate industry floundered and thousands lost their jobs. But improvements have been made, and the industry is healing, which means the money is returning. By 2016, more than two-thirds of residential real estate brokerages expect to see their incomes rise, according to the 2015 National Association of Realtors Profile of Real Estate Firms.

From late 2006 to the tail end of 2010, declines in the value of real estate totaled $6 trillion – a 30 percent loss, the Federal Reserve reported. Overall U.S. household wealth dropped by more than $16 trillion over the same period.

With money fleeing the industry, and little capital coming in from buyers, the immediate outlook for real estate was bleak. But coming on a decade removed from the initial crisis, the outlook is becoming rather optimistic.

According to NAR, 69 percent of residential brokerages anticipate net income growth over the next year (ending in mid-2016), while 25 percent expect incomes to remain stagnant. Only 6 percent are planning for a decrease.

Today’s residential real estate firm is typically small and removed from the umbrella of one of the big box brokerages, the report found.

The profile, fleshed out by NAR researchers, described the “typical” (or median) residential firm as having been in operation for 13 years and having a brokerage sales volume of $5.6 million. However, while the majority of firms (79 percent) were smaller, with only one office and two active, full-time real estate licenses, the more specific numbers highlighted the role size plays in dictating sales volume.

In a statement accompanying the report’s release, NAR President Chris Polychron regarded the report’s findings as optimistic, describing the response from firms as mostly positive.

“A majority of firms have a positive view of the future, with 95 percent of all firms expecting their net income to either increase or stay the same in the next year,” he said.

But continuing to build on 2013 and 2014’s success means overcoming certain hurdles, including Millennials and growing competition, and with more than half of real estate firms (51 percent) saying the biggest challenge they face over the next two years is “profitability,” it is apparent that the outlook is not concrete.

Among the most prevalent barriers to improved business were the difficulties of low income and credit availability keeping Millennials from buying (54 percent) and the struggle of “maintaining sufficient property inventory” and keeping up with technology (46 percent).

Forty-five percent of companies expect competition to increase over the next year, with 41 percent specifically seeing a rise in virtual firms. But although faced with the threat of an even more crowded field – and in some markets, they are already overcrowded – some firms show nothing but an interest in expanding. Of the 44 percent of real estate companies that admitted to actively recruiting new agents, 88 percent cited “business growth” as their driving motivation.

0“The improving economy continues to fuel job growth, and while some markets are still recovering, the demand for real property is back, and prospects are looking good for the real estate industry,” Polychron said.