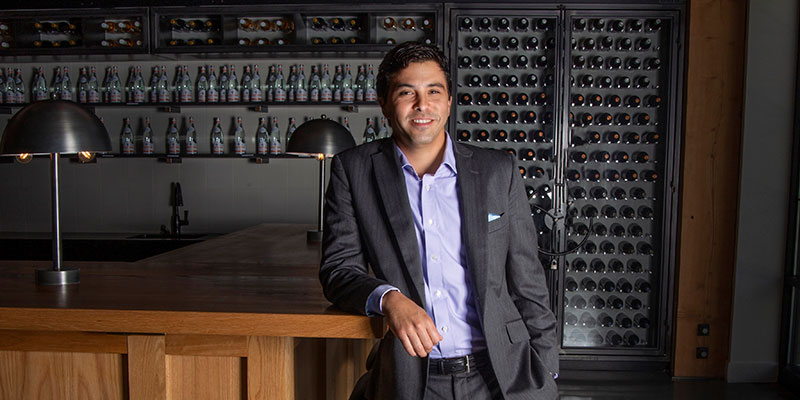 It was inevitable that Jared Wilk would forge a career in real estate. His grandfather worked in the industry, and his father started a real estate office while studying at Boston University. “I spent seven years working with my dad learning development, property management, sales and rentals,” says Wilk, a broker with The Jared Wilk Group at Benoit Mizner Simon & Co. It was time well spent. Wilk has maintained top producer status with the company since 2012 and was ranked No. 2 out of more than 100 agents last year. Real Trends ranked his team No. 84 in Massachusetts, based on 2018 volume.

Listing the most expensive home of his 15-year career, a $4.195 million stunner in Weston, and selling it in under two months means 2019 could be Wilk’s best year yet. “Just over three years ago, I set up a five-year plan of where I wanted to be in business,” Wilk says, noting he achieved it two years earlier than anticipated. “I beat my previous record by 50 percent, selling $36 million.”

In college, Wilk studied broadcast journalism and acting, experiences that prepared him for appearances on the HGTV show “My Lottery Dream Home” and ABC’s “Chronicle.” He says, “This job is about helping people make the best decisions they can and providing the best insight and advice as possible.”

Wilk has been a director of the Massachusetts Association of Realtors for two years running and is also vice chairman of the Greater Boston Association of Realtors’ Consumer Awareness Task Force. To give back, he sits on the board for the West End House Camp of the Boys & Girls Clubs of America. While his life’s dream is to be a contestant on “Survivor,” spending time with his family tops his list of favorite things to do. The Donahue Maley and Burns Team Learn the skills that Jared Wilk has