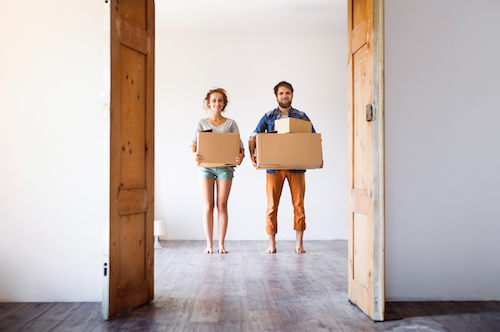 As June is the peak homebuying month of the year in major metro real estate markets and the beginning of wedding season, trends relating the two have been discovered. Data from OpenListings.com found that couples are ultimately spending less on their wedding to put more toward buying a home together.

To make the purchase of their own home possible, couples are beginning to downsize their weddings. About 64 percent of couples said they would be fine with a delayed or downsized wedding so they are able to buy a home sooner.

On average, a wedding in the U.S. costs about 66 percent of what a down payment on a home would be, at an average cost of $33,391. While the cost of buying a home and weddings are both on the rise, young couples are putting their money away to put toward their own homes and student loans.

However, most first-time homebuyers still can’t afford to put even 20 percent down on a home, and therefore anticipate putting about 6 percent down, which is average for first time buyers according to the National Association of Realtors.

In years past, Americans planned to spend substantially more on their wedding, but today, the opposite is true. Millennials anticipate spending less than $10,000, about a third of the average price, on their wedding. They also plan to spend about $40,000 on a down payment for a home, compared to the average American cost of $50,000.

One study found that there was a 370 percent increase in cost when trying to replicate a 1974 wedding today. With that being said, 29 percent of couples believe that buying a home is the “big ticket purchase” worth saving away for compared to the 17 percent of people who think it’s the wedding.