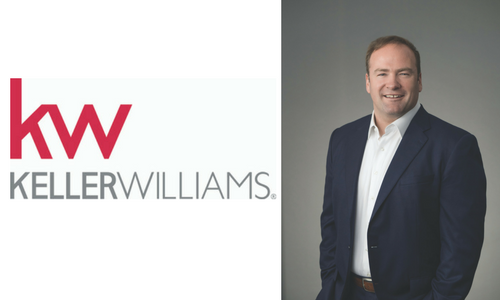 In 2017, Keller Williams had one of its best years in terms of growth, sales and volume. By the end of the year, the company boasted a No. 1 ranking in number of agents, units sold and sales volume in the U.S.

We talked to Keller Williams CEO and President John Davis about the culture of Keller Williams and what the company has done on both a corporate and local level to empower its agents, which led to building a stronger corporation overall.

Strategy #1: A focus on the individual

In 2010, Keller Williams was home to 75,000 associates in the United States alone. That number has more than doubled to 160,000 associates. According to Davis, that agent count combined with the units and the volume that they sold enabled the company to solidify its position. He says Keller Williams achieved its top billing by focusing on each individual agent’s experiences and goals.

“The thing that I’m most proud of is that last July, we worked with our leadership, team leaders and managers of the offices to meet with 164,000 agents one-on-one so that we could set goals and help our people have an amazing fourth quarter in terms of units and productions,” he says. “We always want to be making sure that our people are moving ahead with their goals.”

Keller Williams leadership asked some key questions in these meetings:

“The thing about Keller Williams is that it’s highly humanistic – that’s our culture. What’s happening is amazing business in how we approach things in terms of the business plan and the execution,” Davis says.

Davis says that Keller Williams aims to leverage technology so that agents stay at the center of the transaction where they belong.

“We know there’s so much pressure on our agents from nontraditional players coming into the real estate ecosystem. We respect all technologies, but we’re focused on designing technology by and for our agents,” Davis says. “Rather than another technology company saying, ‘Let us design this for you because we think we have a good idea,’ we are actually going to our people asking what is going on. Or they are asking us to design something, so we create it and get it out to our people. They are giving us the priorities of what they want to see done and when they want to see it done.”

Keller Williams develops its technology through KW Labs, which invites agents to propose new products and services, test them in a controlled environment, and recommend the schedule for rollout.

[Chairman of the Board] Gary Keller is in the lab listening to our top people about what they want. Then we have Josh Team, who does such a great job of making all these ideas and visions live. What happens is we move into products like Keller Cloud – a building block for our future – so that now everything we do is cloud-based.”

“What’s so much fun is watching Kelle get smarter and smarter,” Davis says. “We are a technology company and we’re funding it with real estate sales. We are supporting our people because they’re asking for the tools that they’re going to need to not only survive but thrive in the new real estate ecosystem.”

“We are supporting our people because they’re asking for the tools that they’re going to need to not only survive but thrive in the new real estate ecosystem.”

Along with its focus on technology, Keller Williams has shored up its efforts in another critical area: education.

“We became No. 1 in the United States in units, volume and agent count because we train,” Davis says. “We were named the world’s top training company across all industries. This training is done at the local, regional and international levels. And what’s really cool is that it’s done virtually through KW Connect.”

KW Connect empowers agents to access educational materials from anywhere at any time.

“We know that people learn differently and at different times of the day. So people can go into their office and get the training there – or they can go to their regional office or they can come to Austin. But they can also be sitting in their own home at their convenience and be getting all this training at the same level.”

“We became No. 1 in the United States in units, volume and agent count because we train. This training is done at the local, regional and international levels.”

“We’re going to continue to reinvest in our people because we’re partners with them. Our top goal at Keller Williams is making sure that our people have the tools to thrive no matter what market or what market conditions they’re in.