Is Low Construction to Blame for Housing’s Inventory Woes? 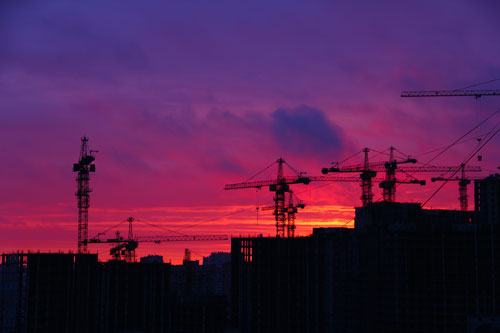 New home construction is insufficient in a majority of metro areas, according to new research by the National Association of Realtors.

NAR measured the amount of new home construction relative to the number of newly employed workers in 146 metropolitan statistical areas in the U.S., and they found that homebuilding for all housing types is underperforming in roughly two-thirds of measured metro areas.

In the Boston-Cambridge-Quincy area, NAR found a three-year change in employment to total permits ratio of 1.5. Historically, the average ratio for the annual change in workers to permits is 1.2 for all housing types.

Lawrence Yun, NAR’s chief economist, cited construction as the primary reason for the lag in the real estate market.

“Our research shows that even as the labor market began to strengthen, homebuilding failed to keep up and is now contributing to the stronger price appreciation and eroding affordability currently seen throughout the U.S.”

Why Housing Inventory is So Low

While construction is one of the reasons why inventory is at an all time low (especially in regards to the imbalance of affordable homes built versus luxury) other research shows it is only one part of the housing inventory problem.

Negative equity, for instance, affects a third of homeowners and prevents them from profitably selling their homes. Wages are stagnant, which creates a situation where potential homeowner can’t save for a down payment on a home, and even if they could, there’s very few affordable houses to buy. Renting is used as a short-term solution, but due to rising rents caused by soaring demand, one in five middle-income houses are rent burdened, or spend more than half of their monthly income to rent, further preventing them from saving for a home.

And finally, there is the rate lock-in affect, which includes homeowners who refinanced at lower rates and now prefer keep their homes, rather than sell and take a new mortgage at a higher rate. With interest rates rising, making a purchase on a home now would result in a jarring transition to new rates, with the homeowner paying far more for an equally priced property. This discourages homeowners from putting their homes on the market, adding to the shortage problems.