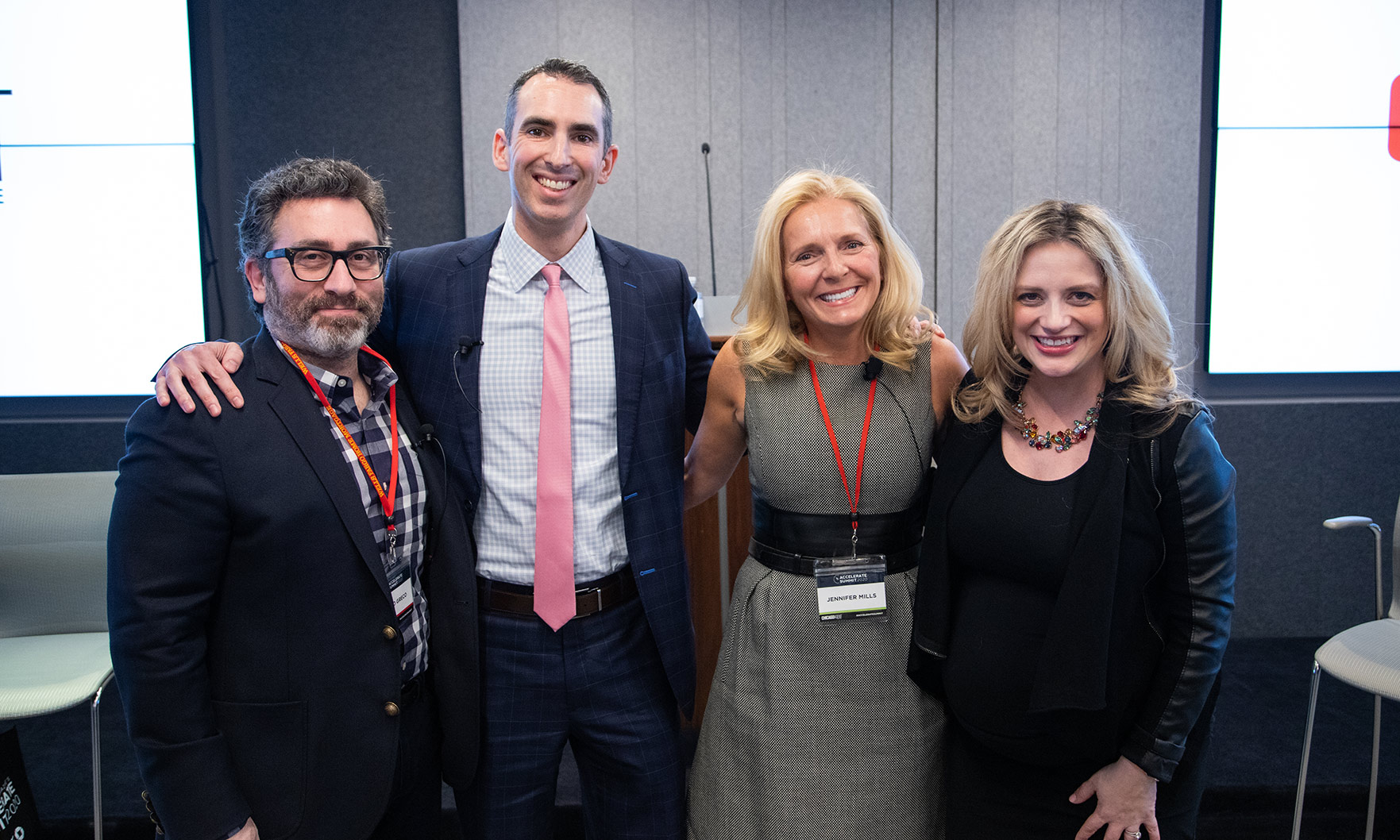 If there’s one thing to know about top real estate producers in the Windy City, it’s that there’s no single path to becoming the best of the best.

That might be the most noteworthy takeaway from the panel at Chicago Agent magazine’s Accelerate Summit 2020 titled, “How the Best in the Business Built Their Business.”

How they got their start

Thomson started at the beginning, asking how each of these major players got their start in the industry.

Mills noted that she began in the late 1980s, when the industry looked much different. “Thirty-two years ago, there were no computers,” she said with a laugh, adding that much of her business came from placing ads in the alternative weekly newspaper, Chicago Reader. She first worked with tenants and went from there: “Renters turned into buyers and landlords turned into sellers.”

Marcus said he was inspired by his wife to get into the business in 2007. He attended one of her open houses and decided to break into the business himself. “She sold a house within a few days, and I just quit my job,” he said.

Greco, who previously worked as a lawyer before getting into the industry, said he began thinking of transitioning to real estate while selling his condo. “The listing agent … used to be a lawyer, and he seemed pretty happy; he smiled a lot,” Greco recalled, noting that after a few meetings with contacts of his in the industry, he made the switch in 2002.

All three panelists lead teams at their brokerages. They agreed that the first hire can be the hardest when building a team, but also that getting the right people in place can offer big returns.

Greco added that he left his law practice in September, hired a shared assistant by Thanksgiving and by the Valentine’s Day of the next year, he hired his own dedicated assistant. “It kind of mushroomed from there,” he said. “I’ve had some bad hires, I’ve had some great hires, I have some people who have been working with me for 15 years, and I have some who don’t last 15 minutes.”

Marcus said he read the book, “Millionaire Real Estate Agent” by Dave Jenks, Gary Keller and Jay Papasan, and followed their system when first breaking into the industry. “You hire an assistant, then a buyer’s agent and then maybe another buyer’s agent,” he said. Hiring an assistant gave him more time to prospect for new business, he said, noting: “If you don’t have an assistant, you are the assistant.”

Mills said her first assistant helped her organize her plan for growth. “Get your first assistant, and then find people to delegate and give other opportunities to,” she said. “Assistants help you grow exponentially.”

Panelists also took different approaches on what responsibilities to entrust to their team and what to keep for themselves.

Marcus said that in a team environment, managers should delegate as much as possible. “I still do the majority of the prospecting; I try to check over marketing, but I try to delegate pretty much whatever is possible,” he said.

Mills, however, said she’s the complete opposite and oversees some of the most minute details. “I’m a Type A, so I write all my remarks, I write all my team’s remarks, I look at everything on social media, I micromanage everything that goes out on Facebook,” she said. “I just have to see it. It’s my brand.”

Greco said he’s still involved in client management and client relations and doesn’t delegate the client interaction when discussing price. “If you hire the right people, you can delegate literally everything else,” he said.

There also was no consensus on the panelists’ approaches to client appreciation.

Greco said he connects with clients to voice his gratitude via email or by phone, but never by hosting a party. “I don’t want to be friends with the client,” he said. “I want to have my own life. I want to keep it very professional.”

Greco’s team sends closing gifts, baby gifts and sometimes anniversary gifts, but that’s the extent of the client appreciation. “If there’s a referral, we thank them,” he added.

Marcus said he takes every opportunity to connect with clients on a personal level and holds a lot of parties and family focused client events.

Mills similarly said she holds various events and participates in community outings such as the Sheffield Garden Walk to connect with clients. “I want them as friends,” she said. “I’m about the relationships.”