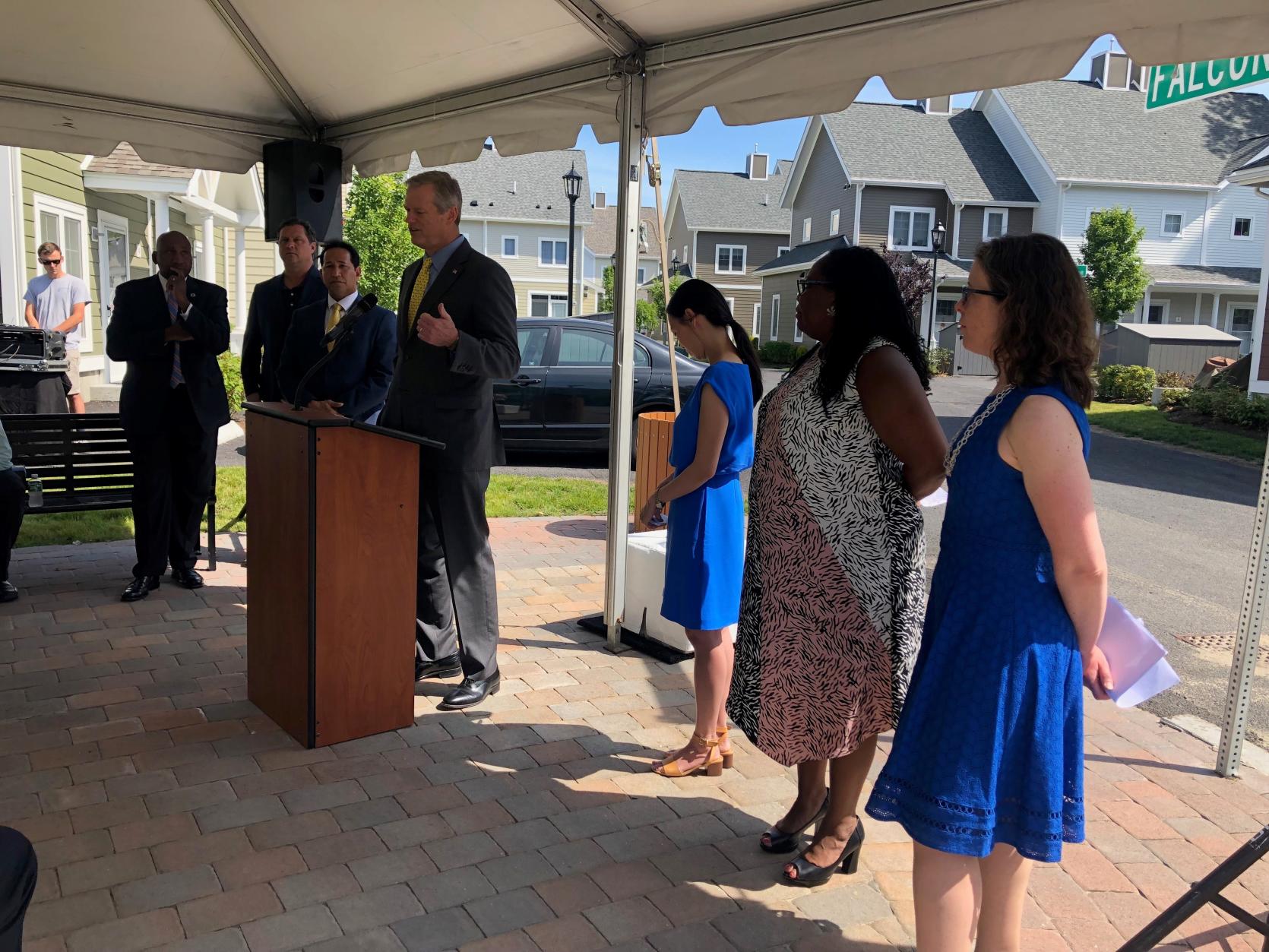 General Electric, an institution of corporate America and one of the biggest employers in Massachusetts, has lately found itself in dire straits. In February, the company cancelled plans to expand its corporate campus in Boston as part of a giant turnaround plan for the ailing enterprise.

But state officials including Governor Charlie Baker are hoping to make the best out of a bad situation: In a July 9 press conference, Baker and officials from MassHousing proposed an $86 million investment in the state’s Workforce Housing Initiative and other homeownership opportunity programs funded entirely by proceeds from the sale of the planned GE HQ site, which the company said it would return to the state.

As proposed, most of the funds from the GE project, about $60 million, will be utilized by MassHousing to build an estimated 500 new workforce housing units, which “will be affordable and accessible for moderate-income, first-time homebuyers.” The rest of the money, $26 million, is to be allocated toward the creation of 260 affordable rental units.

Under MassHousing’s Workforce Housing Initiative, state finances are used to build or maintain housing units affordable to households earning between 60 percent and 120 percent of the local median income. For a household of four in the Boston area, that equates to an annual income of between $68,000 (60 percent) and $135,950 (120 percent) as of 2019.

More specific details on how or where the money will be allocated remain unclear, but according to the Boston Globe’s Jon Chesto, MassHousing director Kornegay “is already hearing from developers who want in, just hours after the news broke. She hopes the agency can start accepting applications this fall; the agency is considering giving priority to Boston neighborhoods and Gateway Cities.”