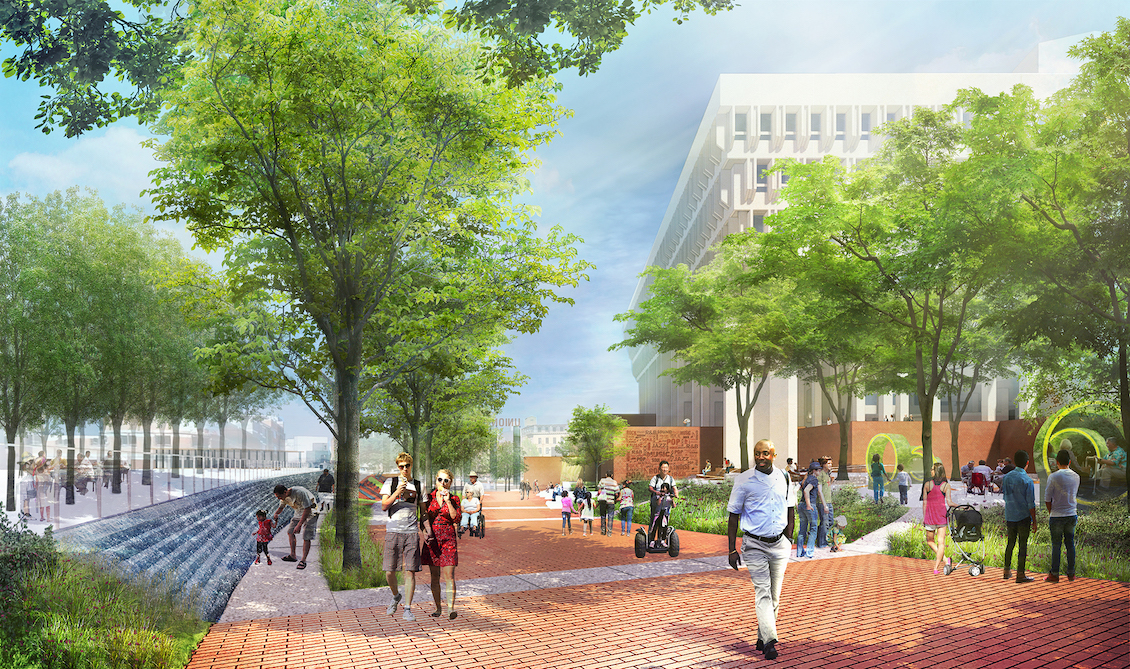 Local developers line up for new Harvard projects in Allston

Harvard University made waves in the local real estate sphere last year when it filed plans to build what it’s calling its Enterprise Campus on a 36-acre plot of land it owns in Allston. But that is just the tip of the iceberg for the nearly 150 acres the university owns in the area. The Boston Globe’s Jon Chesto reported that a June 3 meeting hosted by the university and with several major local development executives in attendance provided clues about what could become of this large stretch of Allston.

Harvard is expected to release a formal request for proposals related to its Allston properties next week. Developers expected to submit bids on the project included several in attendance at the June 3 meeting: Tom O’Brien of HYM Investment Group (which is spearheading the massive Suffolk Downs redevelopment), Dick Friedman of Carpenter & Company (of the recently completed One Dalton), Steve Samuels of Samuels & Associates, and several others.

The first phase of the Allston redevelopment that Harvard will contract out to private developers has been approved by the Boston Planning and Development Agency and will include four buildings with 400,000 square feet of office or lab space, 250,000 square feet of apartments and a 250,000-square-foot hotel and conference center. This is expected to be only the first phase of what could become a massive redevelopment project for Allston.

“Real estate is all about relationships – and I’m dedicated to helping agents balance their personal, family, and business goals,” Cammarata said in a press release.

The final proposal for the redesign of City Hall Plaza were released to the public June 3. Upon completion, the “People’s Plaza” will include new meeting spaces for civic groups, an upgraded events space with room for up to 12,000 attendees, improved accessibility to City Hall and more. The center of the plaza can also host events like a farmer’s market during the summer and an ice skating rink in the winter. Phase One of the project is expected to begin next spring.