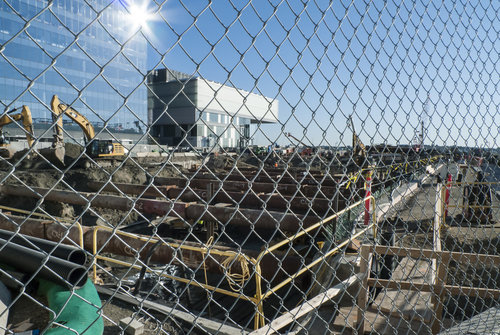 In case you haven’t noticed, Greater Boston is experiencing a building boom – its biggest in decades, and one that will profoundly shape the tone and character of the metro area in the decades to come.

The latest housing report from RealtyTrac examined the scope of the building boom, and below, we have collected the most incredible stats it cited:

1. There is currently 14 million square feet of construction underway in Greater Boston.

2. There are now 83 major projects going up in 19 of the city’s 25 neighborhoods, and they are collectively worth roughly $7 billion.

4. Superlative demand is driving construction. One of the boom’s most visible developments, Millennium Tower in the city’s downtown, is already 95 percent sold (its 442 luxury condos range in price from $1.1 million for one-bed condos to penthouses, which start at a whopping $7 million).

5. Despite all the downtown development, perhaps no neighborhood better exemplifies the building boom than South Boston. Once a working-class neighborhood with a gritty reputation – the infamous criminal James “Whitey” Bulger grew up there – the area has now been “wholly gentrified,” in the words of the report, and the Boston Redevelopment Authority has approved 52 projects in the neighborhood and 36 more along its waterfront area.