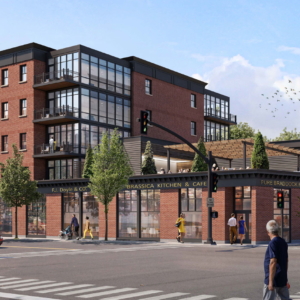 Rendering courtesy of the the Boston Planning & Development Agency.

The legendary Doyle’s Cafe may have a rebirth thanks to a local developer. The iconic bar closed its doors in October 2019 after being in business for nearly 140 years.

Watermark Development working with Scales Architecture, as well as the team at Brassica Kitchen and Cafe and the Boston Planning & Development Agency (BPDA), is hoping to return Doyle’s to its former glory with its proposed restoration project plan.

The proposed mixed-use development will include residential and commercial buildings, including the revival of Doyle’s Cafe, as part of a project encompassing  3478-3484 Washington St. in Jamaica Plain, according to the project’s proposed plans.

The 25,291-square-foot project includes an expanded Washington Street storefront with a 5,189-square-foot urban grocery market addition, along with the restoration and improvement of Doyle’s bar and restaurant space including a roof deck.

The project also includes four additional floors of residential condominiums located above the market with four units per floor. On the southern corner of the site, the developer is proposing a new four-story residential building containing seven units. There will also be covered public parking for both the restaurant and market within the building’s footprint.

The proposed project will be located on Washington Street, spanning between Williams and Gartland streets, where commercial and industrial businesses meet the residential neighborhood, according to the proposal. It is also within walking or biking access to the MBTA’s Orange Line’s Forest Hills/Green Street station, Franklin Park Zoo, Sam Adams Brewery, JP Licks and Devine Golf Course at Franklin Park.

The project is currently under review by the BPDA. 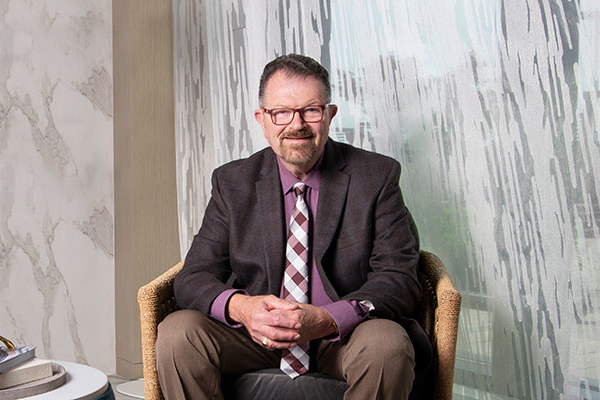