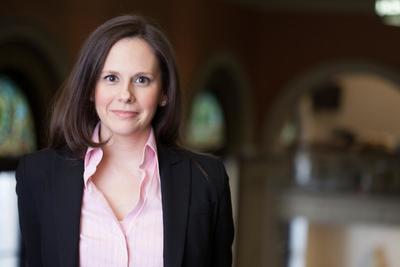 Mayor Martin J. Walsh has named an operations director for a Boston-based development company to serve as his chief of staff.

The administration announced today the appointment of Kathryn R. Burton, who is director of operations for New Boston Ventures, effective March 9.

Burton has served in her current role for the last four years, and prior to that was chief of staff for former Massachusetts Treasurer Steven Grossman.

“From her wide-ranging background across sectors, it is clear that she is someone who is smart and driven, and who has a keen sensibility of the opportunities and challenges we face as a city,” Walsh said in a press release. “Her commitment to common sense solutions will be a valuable asset as we work together to carry out our wide-ranging and progressive agenda of bold initiatives to move Boston forward.”

Burton oversaw a $9.6 million operating budget while serving in the Treasurer’s Office, where she was responsible for the Massachusetts Lottery, state pension funds and issuing about $3 billion in bonds annually.

Burton is a member of the Gesgapegiag Mi’kmaq tribe in Quebec, Canada, and upon taking the chief-of-staff position will be the first Indigenous person to serve in a cabinet-level position for the city.