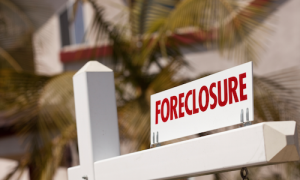 Only 4 percent of mortgages in the U.S. were 30 days or more past due as of June 2019, according to a new report released from property information and analytics firm CoreLogic. That number represents a national mortgage delinquency rate that is currently at a 20-year low, a continuation of a 7-month downward trend in foreclosure rates.

“A strong economy and eight-plus years of home price growth have made mortgage foreclosure an infrequent event,” CoreLogic Chief Economist Dr. Frank Nothaft said. “This backdrop will help the mortgage market limit delinquencies in most of the country whenever a downturn should start.”

While CoreLogic’s Loan Performance Insights Report points to some signs of early stage stress in a handful of states such as Vermont (which saw a 0.7 percent increase in delinquency), New Hampshire (+0.3%), Nebraska (+0.2%), and Minnesota (+0.2%), these increases, seen in a total of eight states, were still relatively small.

In fact, whether or not a recession happens, McLaughlin is confident that this time it will be different. “The housing market tends to do fairly well during recessions,” he said. “The Great Recession was an anomaly; it was all about the real estate market crashing. I think we tend to forget that most recessions are not nearly as catastrophic.”

However, the mostly good news from the report is in contrast to figures from the Federal Reserve’s latest G.19 Consumer Credit Report, showing that in July 2019, there was a $23 billion increase in consumer debt from the previous month. While an increase in consumer debt yields concerns, that debt is not necessarily a result of overindulgence in the mortgage debt. “There’s a record amount of equity in the U.S. housing market right now,” McLaughlin said. “The aggregate amount of value relative to the debt is at a near all-time high. Homeowners are sitting on a lot of equity. The last recession was so bad because homeowners had very little equity.”

While a heightened and prolonged trade war with China remains a threat to the U.S. economy, its impact on the housing market will be minimal and cities such as Boston will likely not be impacted, says McLaughlin. “Trade wars tend to be somewhat international in nature, but there is a possible link to the stability of some localized U.S. housing markets, mostly isolated exurbs in rural areas of the U.S., where local agricultural producers might be affected by Chinese tariffs,” he said.

Interestingly, McLaughlin noted that a mild recession could be helpful for the psychological side of the housing market. “Millennials only remember the Great Recession,” he said. “It makes them more gun-shy. It may actually take a relatively benign recession to instill confidence in younger homebuyers that buying housing in the long run is a relatively solid investment.”