CoreLogic: Massachusetts Gains More Foreclosures Than Any State in August 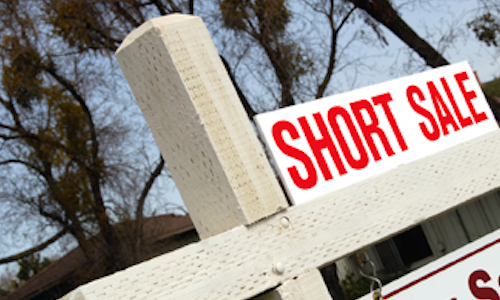 The latest decline in foreclosures is only the latest step in a storied recovery that spans the past several years. Since the financial crisis began in Sept. 2008, approximately 5.9 million foreclosures have been completed across the country. And as of August 2015, the national foreclosure inventory of 470,000 properties represented a 1.2 percent share of residential mortgages, compared to 1.6 percent during the same time last year.

The recovery can also be measured in how quickly homes are regaining equity, which has lead to a reduction in the nation’s serious delinquency rate. From Aug. 2014 to Aug. 2015, the SDR fell by 20.7 percent to 3.5 percent overall, making it the lowest SDR since Jan. 2008.

Massachusetts remains one of the few metros in the U.S. still experiencing increases in foreclosures. However, as we’ve reported in the past, these gains are less a result of new foreclosure filings and more a product of backlogged foreclosures finally seeing the light of day.

The dropping SDR, which fell 0.6 percentage points to 3.6 percent – just above the national level – shows that while several homeowners are still in desperate need of equity growth, the number of those in trouble is ultimately shrinking. 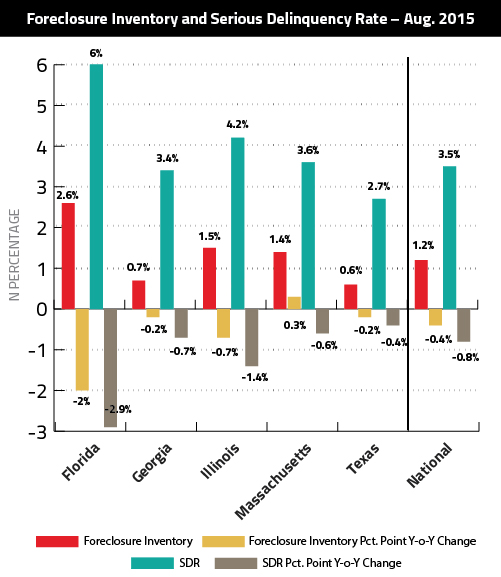 Good for the Long Term

The improving foreclosure market is the result of an improved economy and more stringent underwriting, said Frank Nothaft, chief economist for CoreLogic, in a statement accompanying the report. But he warns that legacy loans, or the adjustable-rate mortgages approved during the housing bubble, will continue to be a source for new filings.

“Mortgage performance continues to improve, however there is a dichotomy between the performances of recently originated loans and legacy loans,” he said. “Newly delinquent loans are at the lowest rates during the last two decades. However, the foreclosure pipeline of legacy loans remains elevated.”

Nothaft remarked that approximately 500,000 foreclosures have been completed in the last 12 months – more than double the number during normal periods.

CoreLogic Chief Executive and President Anand Nallathambi acknowledged the hurdles, but remained confident that the market is heading in the right direction.

He said: “Longer term, the recent increase in household formations and rapidly improving labor market for Millennials will provide a demographic tailwind to the housing market and keep demand firm.”