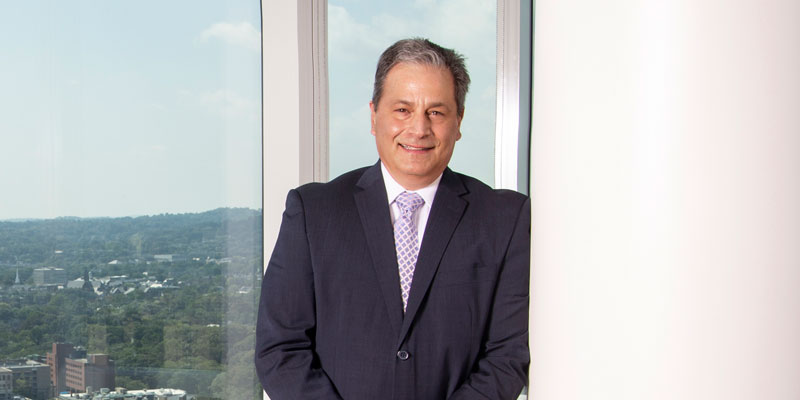 Phil Tocci aims to encourage hope, inspire dreams and build prosperity for his clients. As the New England District Manager of Academy Mortgage Corporation, Tocci channels his 32 years of industry insights and experience into every transaction, relying on time-tested systems and well-honed customer service skills in order to exceed expectations and deliver superior results.

“In my career I have experienced every economic cycle more than once and have worked with every type of consumer,” he says, adding that with every transaction, he prioritizes the client’s needs, enabling clear and open lines of communication. With defined responsibilities and set expectations from his team, Tocci consistently provides the level of service that exceeds expectations. In addition to his college degree in finance, he also has an MBA and a JD. “Having these post-graduate degrees has enabled my success and allowed me to outshine my competition,” he says.

Under Tocci’s leadership, in just a few years, Academy Mortgage has risen to become ranked as one of the top Purchase Mortgage Lenders in Units for the state of Massachusetts and ranks seventh among mortgage companies. Recently, Tocci was named one the Top 100 Influential Mortgage Professionals in America by the Mortgage Professionals Association and received the Achievement Award for Significant Contributions to the Massachusetts Mortgage Bankers Association, where he is a member of the Board of Directors and currently serves as chairperson of the marketing committee. Throughout his career, Tocci has received numerous awards and national recognition for his personal production and management results. He has also served on numerous committees for organizations in the real estate and finance industries.

In addition, Tocci is an active supporter of several local charitable organizations that aid the critically ill and assist the homeless in transitioning to stabilized housing.

Tocci is married and father to three sons.