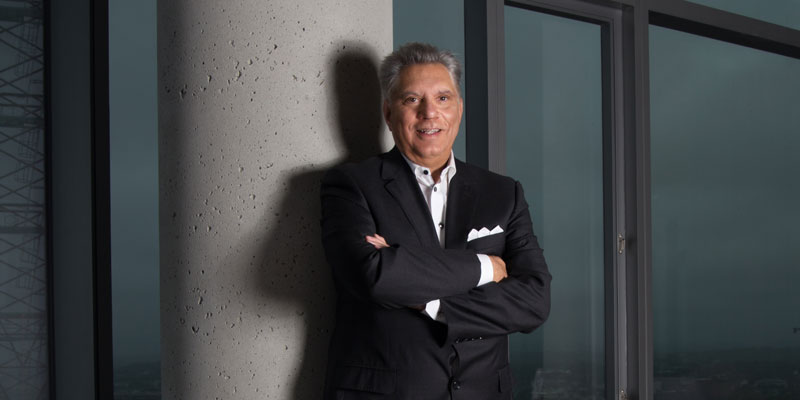 In Bob Rocklein’s roles as mortgage originator, business leader, industry mentor and media source, he has helped countless people with his experience and expertise. Rocklein’s passion for his work and his clients propelled him from modest beginnings in the business to several key industry positions. Now three decades into his career, he serves an extensive referral network of borrowers as a senior loan officer at Draper and Kramer Mortgage Corp.

Unlike many in the industry, Rocklein has spent his entire career in mortgage banking and worked in nearly every facet of the business. He was one of the first mortgage loan officers in Massachusetts to go on the road and meet real estate agents and clients, and he helped build the largest company in New England in the ‘80s, which was the first to hit a billion dollars a year in loan production. Rocklein has held many key positions in the industry and made numerous media appearances to discuss mortgage trends. He has also had the honor of mentoring a number of successful loan officers.

Rocklein’s simple business philosophy has always remained the same. “I see myself as an advisor and educator rather than a salesperson,” he says. “Sales can imply you’re trying to convince someone what’s best for them. My job is to help my clients discover what’s best for them.” His clients frequently praise his knowledgeability, trustworthiness and honesty, as well as his consistent habit of exceeding expectations. He works with borrowers across Massachusetts but most enjoys assisting enthusiastic first-time homebuyers.

Rocklein’s greatest professional milestone this past year was joining Draper and Kramer Mortgage Corp. “I work with a team that I would match up against anyone!” he says. His most memorable recent accomplishment was helping two separate clients, both in their 50s, realize the dream of homeownership for the first time.

Rocklein has lent his insight to a variety of real estate boards on which he’s served through the years. The greatest legacy of his wisdom, however, can be found in his six children and six (soon to be seven) grandchildren.