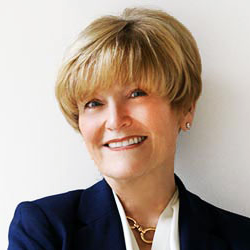 Sue Hawkes is the owner of The Collaborative Companies.

Boston Agent (BA): Tell us about how Boston’s construction market is doing this year?

Sue Hawkes (SH): It’s the largest construction boom that we’ve seen in the history of Boston, frankly, and it’s due in no small part to the perceived value of the the local economy. We’ve really struck a balance between the market’s barrier to entry and the return on investment. It’s finally tipped the other way, so much so that in the last three or four years – with regard to the development cycle –rental permits have given way to condominiums.

Obviously, up until the last few years, financing condominium projects was more challenging. That was pretty true almost everywhere, except maybe New York and San Francisco. That’s certainly switched now. It’s changed entirely. We now have a large development cycle that’s inclusive of condominiums, as well as the rentals. Some would argue that we’ve got an over supply of rentals. I think that it’s not so much the over supply that might be the issue but the required price point for the rentals that are being built can only be satisfied by the highest end consumers.

BA: When you mention the “perceived value of the local economy,” what industries are you referring to?

SH: The educational, medical and technological fields, in that order. The educational system here is second to none in the country, and it’s been that way for a long time. However, as a result of the current economic environment, there is much more investment going on at the research level to keep people here – to keep highly trained, educated people here in the medical fields, in the bio-tech fields, the technology fields, as well as finance, to a lesser degree. Those are the biggest drivers that we have.

All of those attributes have contributed to Boston’s being recognized as a serious player on the global stage, much more so than ever before. It’s certainly been evidenced by the fact that we have a huge influx of foreign capital coming into the city, both at the wholesale and retail levels. To support that theory, we now have 50 more direct flights to foreign countries than we had before in Southeast Asia, the Middle East and the Far East. That was obviously a result of the demand of the travelers’ requests, which supports and satisfies the greater demand, that people want to stay here.

BA: Can you tell us what is driving up the cost of construction in Greater Boston?

SH: The cost of construction is being driven up in a great part by the presence of the union base here in Boston. That’s the biggest challenge. The materials haven’t gone up, but the labor has. It’s becoming stratospherically unsupportable.

Land prices have also gone up, but nothing like the cost of construction. That’s really the biggest problem we have. Ironically, what it’s doing – aside from creating an environment where the resulting market prices are so high that they are really only going to be satisfied by the top 10 percent – is having a residual effect on the development of the tertiary circumference of the city.

So whether you go to Somerville, further up to Brighton or down by Dorchester, people are building there because they can build for less money and consumers can buy for under $900 a foot or rent for under $4.00 a foot – and that’s a bargain, relatively speaking. They’re following the train tracks and they’re buying just outside of the urban core, because they can’t afford to stay here. All that “flight to affordability” is certainly a benefit to the adjacent neighborhoods surrounding urban Boston.

The fact that we’re a heavily union community has long been an issue. Where it has become more apparent is that as demand for construction trades has escalated, the supply has tightened and therefore the fees have gone up accordingly. They’re taking full advantage of their opportunity. There’s obviously a dearth of supply, so they’re raising their prices. Unfortunately, you have little choice: you have to use them.

BA: Is affordability something that concerns you, amongst all these other positive trends?

SH: It’s a major issue. In fact, it’s the No. 1 issue for housing in Boston. The mayor wanted 50,000 housing units developed in the next five plus years. You can develop the housing units, but they’re not going to reach the market that he’s concerned about; there’s no workforce housing in that number. You can only legislate so much of it. It’s got to be supported by either public/private partnerships, tax credits or some relaxation with regard to the union requirement. Chances are this administration will not do enough there because the mayor has strong union support.

The approach really has to be all of the above. Right now they’re trying to legislate it. You’ve got the Affordable Housing linkage component in the project, which is great for 10 to 15 percent of the units. They’re trying to legislate it to go to 25 to 30 percent, but you cannot do that and create market sustainability on the other 60 to 70 percent of the building. It’s too expensive. Not only do the developers shoulder the brunt of the construction costs for subsidized units, but too many affordable units in a building suppresses the market rate pricing. It also becomes a challenge for the Owners Association to maintain the community since the HOA fees are reduced for those units as well. Therefore, you can’t just do it by legislation and the linkage alone.

You have to provide the workforce housing with the combination of all the tools that at your disposal. That’s the only way you can do it. Land is not getting any cheaper. There is some land that the city owns, and they could certainly donate the land. But you also need government tax credits. You need some sort of affordable financing. Right now, that’s not even the issue, because the cost of borrowing money is pretty cheap. So that’s not a problem. It’s really the cost of going vertical coupled with a declining return. There has to be government supported benefits available to developers on both the rental as well as the for sale side in order for work force development to be a success. Otherwise, the numbers just don’t work.

BA: Finally, how sustainable do you think this level of homebuilding activity is?

SH: The truth of the matter is, as we know, the market is cyclical. I’ve been in this business 35 years, and I’ve gone through at least three cycles. This is the longest running one yet –with the biggest trajectory, relatively speaking. I would be remiss if I said I did not expect it to come back down. But we do think that Boston is not going to experience the precipitous declines that either we’ve had in the past or that other parts of the country did in 2007 and 2008.

I think it’s really buoyed by the drivers I referenced at the beginning of this conversation; the strength of our local economy and the fact that the investment of foreign capital here is supporting anywhere from 15 to 30 percent of our new construction. That is a piece of the pie that was never here before and it dilutes the risk for local investors. With that base of support, coupled with our academic environment, as well as the inclusion of new sources of employment – like the GE headquarters, Boston’s future appears sustainable and bright. Those companies are not going anywhere. They are going to weather the storm. The universities are not going anywhere. If I were to be critical of anything, aside from our high housing costs – it would be our decaying infrastructure, the public transportation system– the oldest in the country, desperately needs updating if we are going to be able to continue our construction renaissance and keep our employment base strong. Boston also needs a better public education system in order to keep the young families in the urban core, rather than the exodus to the suburbs that currently is the norm.

So yes, we are going to have a softening at some point. When? If I was a betting person, I think probably in three or four years we’ll see a turn, but I do not think that Boston is going to fall flat on its face. Our economy is strong, our local government is progressive and stable and foreign capital sees us as a safe haven for money. It will start probably with deferring some of the development – if they’re not in the ground already – they’re going to capitulate and decide to wait until the next cycle or change the mix to condos and not apartments or perhaps reduce the scale.

All of those things are still at their disposal, if they haven’t started to dig yet. Even an approved project can change their ownership position, albeit not without some challenges. But for now, people are trying to get into the ground as fast as they can, so they can be in process before they lose the opportunity and have no choice left.

Sue Hawkes is the owner of The Collaborative Companies. A recognized leader in the new construction industry, Hawks consults throughout the country, and is a regularly featured speaker at the National Association of Home Builders (NAHB) annual convention. She served on the NAHB Executive Committee, as chairman of the New England Builders Conference, and as trustee of both the Institute of Residential Marketing and the National Sales and Marketing Council, the latter of which she has chaired. Hawkes served as president of the Builders Association of Greater Boston in 1999, and has been involved in culminating more than $2 billion in residential sales transactions.